The five committee members were:

Activities took place from Monday 18th to Thursday 21st November. The predominant focus for the week was promoting both the discipline and potential career opportunities to second level students, undergraduates and the general public.

The week generated geography promotional content and resources to expand future Geography Awareness Weeks while stimulating links with other Geography Departments (through the Geographical Society of Ireland). Following the week, GSI members aim to pilot an online project which will attempt to create resources documenting career opportunities taken by geography graduates. 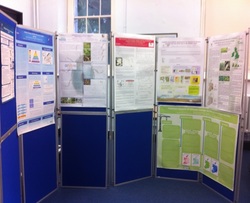 Over 180 students from Maynooth Post Primary School and Killinarden Community School were invited to attend. There were three two hour sessions across the day. Each session consisted of a general introduction to Geography considering the theme of ‘An Exploration of Water’.

Water use: Students took part in an in-class water use investigation using audience response technology. Using a response clicker, each student answered questions on their water use while providing opinion and insight into local and global water use. The software facilitated instant student feedback onto the lecture theatre screen via charts and tables for the class to consider. Further considerations for water use in the surrounding area by companies such as Intel and Guinness were considered. 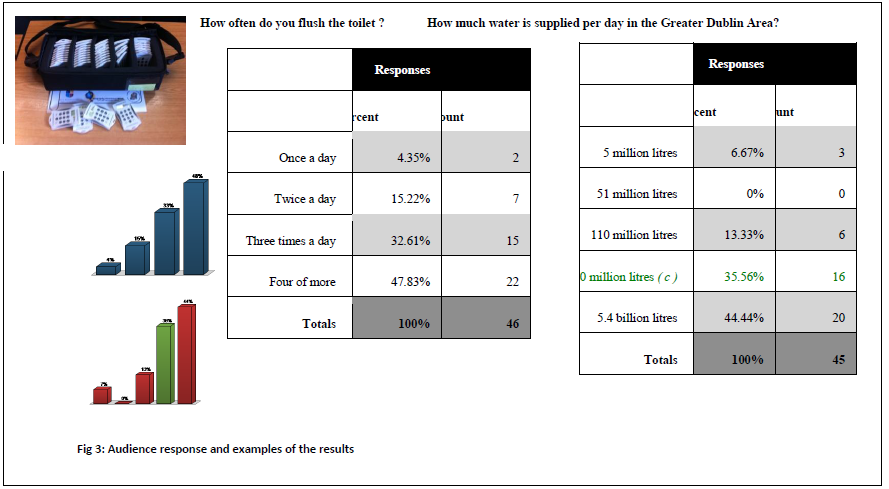 Field Trip: Students then took part in a walking trail across campus considering various geographical topics. The field work consisted of students being put into groups while inputting findings and answers to questions posed within a field work diary.

The students considered the Geology of County Kildare with rock samples for them to investigate. They also explored examples of rocks used in particular historical buildings and features on NUI Maynooth’s South Campus.

They visited a Weather Measuring Station taking note of the readings and comparing them to the day’s official Met Éireann forecast.

Students were given a demonstration of how GPS works before being given GPS units to record coordinates during their field excursion around the campus. They made observations, took photos and GPS readings for a short historical landscape trail considering water use.

Students also witnessed a demonstration of the Falcon-8 Octocoptor (an Unmanned Aerial System) being used within the National Centre for Geocomputation (NCG). Upon completion of the geographic trail of the campus, students returned to their schools to consider and report upon on their findings.

Lanyards and Certificates: All students and teachers were given lanyards with the Department and GAW logos. The students were given a certificate of participation.

Geographic Methods brought back to the other TY students: After GAW, some of the organising committee will visit the schools and make video resources available to develop further what was done on the day. The classes will receive instructions on how to report findings and apply online geographic research methods to their home town.

Information on the usefulness of Geography was and will be provided by:

Transition Year students were invited to shadow lecturers for a day or a half-day and they will report back on their experience. This will create further promotional detail.

City in Film: Not only is Geography visible in our everyday ‘real’ lives but it can also be represented,viewed, interpreted and understood through medium such as film. All were invited to attend a viewing of Spike Lee's 2006 film When the Levees Broke: Act I (4-6pm in Rocque Lab), with an lecture by Dr. Karen Till, who provided an overview of the natural/human disaster of Hurrican Katrina (August 2005), an introducion to the film, and a ‘film viewing guide’ (3-4pm). 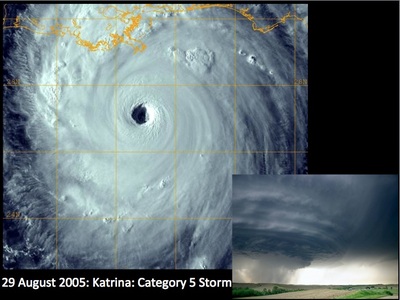 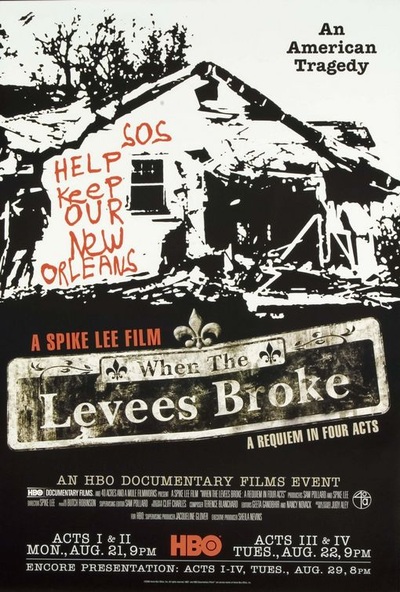 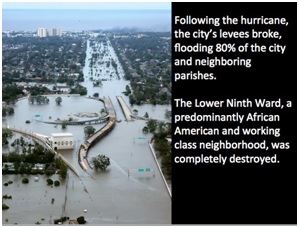 Open Mapping Demonstration: At our NUI Maynooth Kilkenny Campus, second level Agricultural Science students from St Kierans College were invited to take part in an Open Mapping Demonstration led by Department postgraduate student Irene Morris. Wednesday 20th November was fittingly also GIS Day and this event gave us an opportunity to demonstrate how maps are used in the present day study of Geography. Many geographers use Geographical Information Systems (GIS) in their daily work as this powerful technology can play a significant role in understanding geographical factors across space along with aiding planning and decision-making.

Irene demonstrated how Open Street Map works and students used this to make maps of their farms for projects that they are working on. 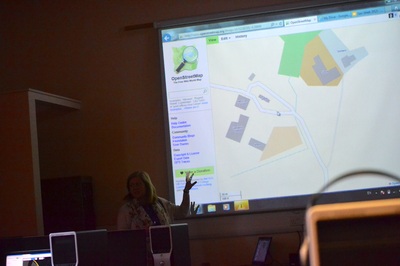 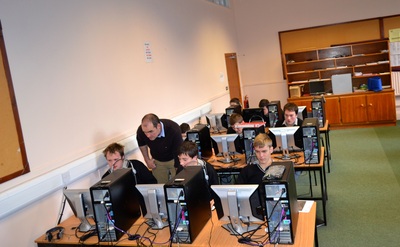 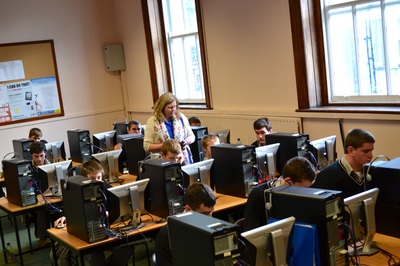 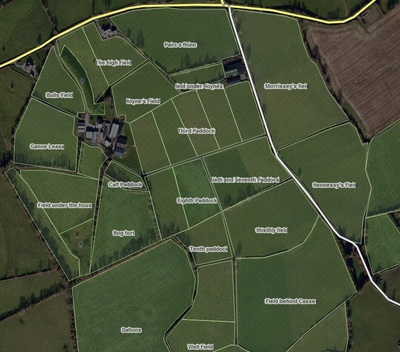 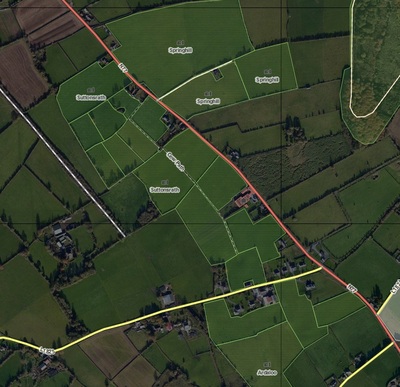 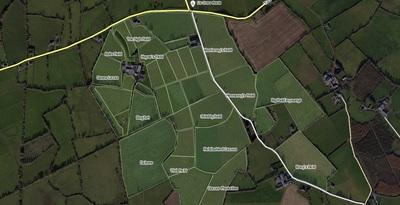 Outreach Visits: During the week, geographers from the department took part in outreach work, visiting schools to discuss their work and the usefulness of studying geography along with promoting greater understanding of geography, study and research options in geography. For example, Professor John Sweeney spoke to students in St. Mary’s Secondary School, Naas about water use and climate change. All five of the Geography teachers in the school are graduates of the Department and were students of John’s. In  the  light  of  John  recently  retiring  from  the  Department,  he  was  presented  with  a  framed  sculptor thanking him for his contribution to the subject and the significant effort put into helping students over the years.

Remember the theme ‘An Exploration of Water’

Department Blog: Remembering the theme of Geography Awareness Week 2013 was ‘An Exploration of Water’, Professor Gerry Kearns wrote a useful and timely piece entitled ‘Water at Maynooth as Resource, Network and Aesthetic Landscape’. You can access this piece on our department blog and use it in a self-guided 'Water Walk' around Maynooth.

You can see what we did for Geography Awareness Week 2013 on our Facebook page (www.facebook.com/GeographyNUIM). For further information please visit www.geography.nuim.ie/

"Yesterday was interesting and unique"
"The trip yesterday was great and tere (sic) were lots of fun facts"
"It was excellent. I liked the interactive learning"
"Yesterday was great. It was fun."
"It was enjoyable but more examples would of being better especially on the water even videos would of being great but other than that it was brilliant. The best part was the camera thing but it was excellent and VERY enjoyable"
"I learned many things yesterday. They showed us the equipment they use to get accurate measurements about the weather. I also learned how important water is to everyone. They showed us that water is responsible for everything in the world (eg. erosion). I really enjoyed the trip yesterday. I liked the way they tell us the topics they were discussing. All I can say is they should have told us more".
Geography Society of Ireland, 2018